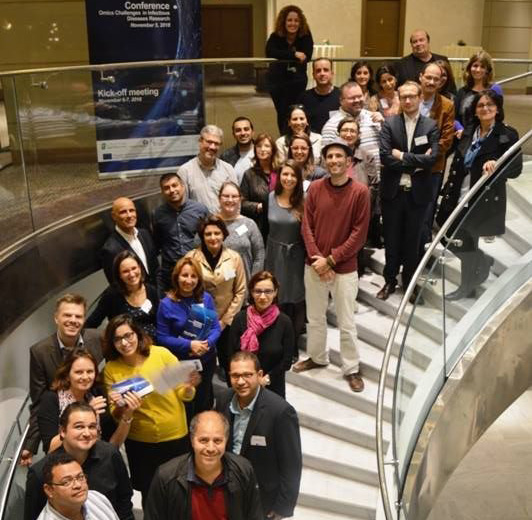 The first consortium meeting was organized during the PHINDaccess kick-off meeting (November, 5-7, 2018).

Pr. Helmi Mardassi, PHINDaccess coordinator, opened the kick-off meeting by expressing his heartfelt thanks to the project’s participants (Colleagues from IPT and European partners) and the members of the Scientific Advisory board (SAB) for accepting to take part in the project and for attending the first General Assembly.

Then each participant introduced herself/himself to the participants. Next, the 2-day kick-off meeting agenda was discussed and explained in detail.

The first session was intended to harmonize the participants’ understanding of the way the project will be implemented and how will the consortium be interacting.

The second day sessions were dedicated to the feedbacks of the SAB members followed by a working session to review the main activities that will be implemented afterward.

At the end of the kick-off meeting, the consortium members carried out a visit to IPT’s premises. The training centers as well as the future BSL3 laboratory have been also visited.