The hot pathogen interaction is a complicated phenomenon. This phenomenon involves the intervention of several macromolecules at the cellular level.

A minimalist approach that offers a limited perspective to understand the molecular basis of the pathophysiological mechanisms of infection. The accumulation of OMICS data concerning this aspect has made it possible to analyze by holistic approaches, the pathogenic host interaction for parasitic infections.

In the frame of the PHINDaccess project, researchers from the Institut Pasteur de Tunis in partnership with Tunisian collaborators carried out a bioinformatics analysis to predict the protein-protein interactions between the human host and the Plasmodium falciparum 3D7 parasite responsible for malaria.

An integrative computational approach was adopted in the frame of this study which integrates multi-omics data (transcriptomics, proteomics, structural, homologies, functional) available in public databases and combined with a machine learning approach to generate a network of protein-protein interactions between the human host and the pathogen studied.

The authors report 716 interactions, a large part of which were reported for the first time. A functional analysis of these parasitic proteins shows their involvement in vital processes for the parasite. These proteins can constitute therapeutic targets for the fight against malaria. The integrative approach can be used to predict protein-protein interactions between the human host and other pathogens. 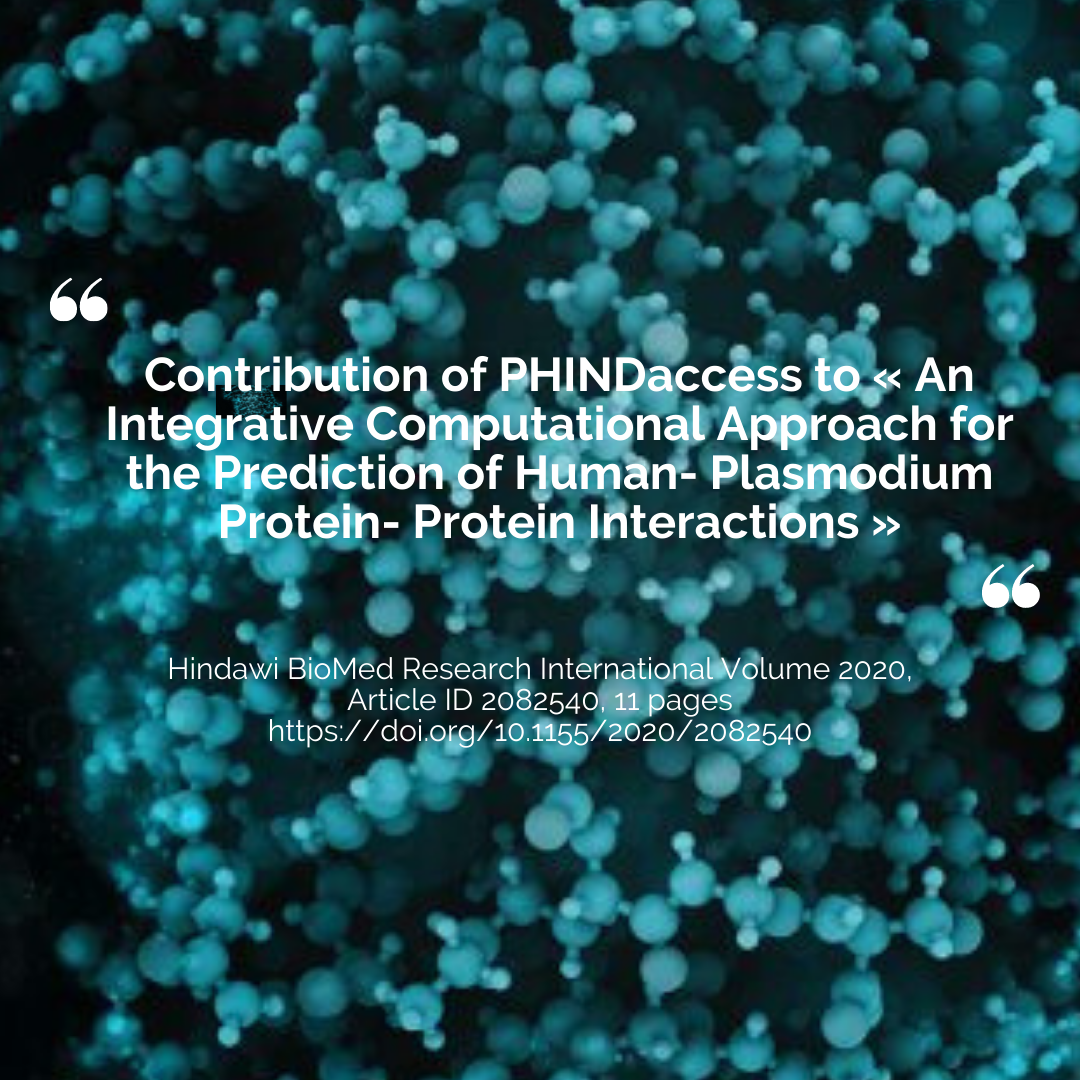